Nowthen is a small town area best known for its annual summer threshing festival. It is the Sturgis of Anoka County with families driving tractors into town for the event. Even children may drive their own small tractor to be able to participate in this tribute to farming. They are welcomed by a horse and rider telling them where to park their tractors. The theme of this three-day celebration is Bringing the Past to the Present. Hundreds of rare and historic antique tractors, small engines, steam engines, trucks, cars and implements are showcased each August and have been for the past 40 years. This years profiled tractors were manufactured by Minneapolis Moline. The naming of Nowthen was an accident. Burns Township was established as a part of St. Francis in 1869 and its postmaster, Jim Hare, wrote to Washington, DC to request an official name for the post office in Burns Township. The powers-that-be denied the request for this name as it had already given the similar name to the Burnstown Township Post Office in southern Minnesota. They asked Jim Hare if he would like to make some alternative suggestions to which he sent several, ending with the word nowthen as was his manner of ending and beginning sentences. The phrase was accepted as an official moniker for the Burns Township Post Office, then becoming the new name for the area. Although the Nowthen Post Office closed in 1893, the name stuck. Nowthen is a beautiful rural area with 11 lakes and many wooded settings.nnnnn 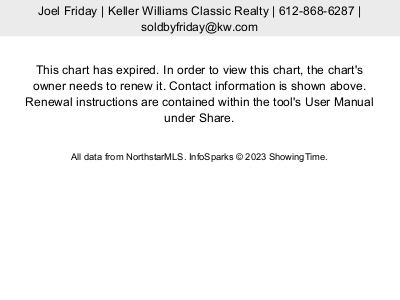 The data relating to real estate for sale on this web site comes in part from the Broker Reciprocity Program of the Regional Multiple Listing Service of Minnesota. Real estate listings held by brokerage firms other than Northstar are marked with the Broker Reciprocity logo and detailed information about them includes the name of the listing brokers. Information Deemed Reliable But Not Guaranteed. All properties are subject to prior sale, change or withdrawal. Neither listing broker(s) nor the site owner shall be responsible for any typographical errors, misinformation, misprints and shall be held totally harmless. ©2021 Regional Multiple Listing Service of Minnesota. All rights reserved. By conducting a property search on this site, user agrees to EULA found on: http://www.northstarmls.com/wp-content/uploads/2015/08/EULA.pdf

Thank you for contacting us, we'll get back to you shortly.

Sorry, we are unable to send your message at the moment. Please try again later.